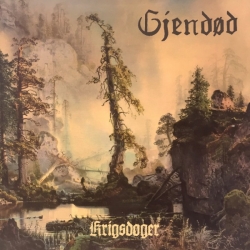 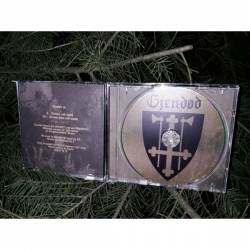 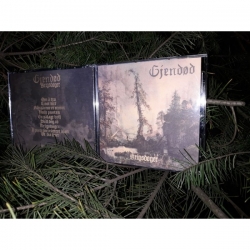 "I have no hesitancy in saying that Krigsdøger is the band’s best work yet. They continue to demonstrate a powerful talent for channeling contrasting moods of ravaging cruelty and deep despair, but here they’ve raised the impact of the music to near-mythic levels, portraying these dark and thoroughly dramatic sensations in a way that seems unearthly, frequently creating an atmosphere of chilling grandeur or haunting catastrophe." (NO CLEAN SINGING)

"With pure malevolence and blackened vigilance, these heathens offer up nine new tracks that are every bit as twisted, malicious and atmospherically potent as you would hope for. (...) From beginning to end, Krigsdøger is a great record." (CADAVER GARDEN)

"..there is absolutely no doubt that "Krigsdøger" is one of the best albums in the genre. Had this album been released 25 years ago, it would surely be a cult classic today." (BLACK SALVATION)

MASTER - An Epiphany Of Hate CD